Spring has sprung here in DC. The cherry blossoms are in bloom, Lawmakers are doing whatever they do and my favorite area art education institution The Theatre Lab School of the Dramatic Arts is gearing up for their spring musical production. This year as part of the Creating a Musical Role class The Theatre Lab will be presenting the Bill Russell/Henry Krieger cult musical Side Show with performances starting on May 2nd and running through May 11th.

Today’s subject is a cast member of Side Show and not only does Sulmane (Sool-ma-nay) Maigadi get to take on the role that Norm Lewis created on Broadway, which in itself is quite the undertaking, but Side Show also marks Sulmane’s DC performing debut and his first time in a musical.

Born in Jos, Nigeria Sulmane grew up singing, writing and co-directing church plays in his homeland. Read on to see what else Sulmane performed in before coming to the states.

In my opinion, Sulmane has chosen the right path in pursuing his performing career by choosing to study at The Theatre Lab. Co-Founders Deb Gottesman and Buzz Mauro and their staff that features some of DC’s finest performers make it a point to make every student look good regardless of ability. Some students just take classes for fun. Others like Sulmane want to pursue acting as a career. No matter what your needs are The Theatre Lab can fulfill them in the most professional manner.

The Theatre Lasb chooses to produce musicals and plays that challenge the performer. Past endeavors have included If/Then, Bat Boy, The Secret Garden, Chess and many more over the past 26 and a half years,

Side Show was last produced at The Theatre Lab in 2009 as part of the Summer Musical Theatre Institute and was directed by our dearly departed Jane Pesci-Townsend. This current production is directed by Deb Gottesman and musical directed by one of DC’s best musicians Alex Tang.

Here we have a young man that is about to make his debut in one of the more challenging musicals in the Broadway canon. This is what I call living your theatre life to full potential right out of the box. Welcome to DC Sulmane Maigadi. “You Should be Loved” by everyone who sees you in Side Show. I can only imagine that this won’t be an issue.

Growing up in Nigeria, were there a lot of opportunities for you to be exposed to the performing arts?

I lived in Jos (in my opinion, the best city in Nigeria), and though it’s not officially a big performing arts city, I was surrounded by people who loved to sing, dance, act, direct, compose, and do all sorts of creative things. There weren’t many opportunities to study and hone our craft, but we didn’t let that discourage us. We wrote our own plays, created our own music, and made tons of mistakes doing it!

Can you please tell us about the productions you performed in while living in Nigeria?

I wrote and co-directed about ten plays for my church, coached by an excellent director who drilled professionalism and skill into the group. I partnered with several independent filmmakers to produce and act in a two-season soap opera called Unveiled Truth. I did a roughly six-month stint with the Jos Repertory theatre. They’re such a great group of professionals. We premiered Seffi Attah’s Last Stand at the Terra Kulture center in Lagos in 2014. All of these were great opportunities and helped me get better at what I do.

How did you first hear about The Theatre Lab School of the Dramatic Arts?

Research. I wanted to get formal training and visited several campuses. The Theatre Lab was one of them.

There are plenty of choices in the DC area for arts education. What was it that sold you on The Theatre Lab as THE place for you to do your performing arts training?

I was searching for an acting program that would allow me to hold a full-time job and get the training I needed. There are a lot of good programs in DC, but Theatre Lab was not only affordable, but also fit my schedule. I was also impressed by the resume of the instructors and directors. Deb, Kim Schraf, and Buzz are just…great!

You are currently in rehearsal for The Theatre Lab’s production of Side Show. Can you please tell us something about the character you play in the show?

I play Jake, who is the Cannibal King in a circus freak show, but is also Daisy and Violet Hilton’s protector and friend. Jake is a very capable and reliable force who despite the period of the play and the color of his skin, commands respect and is often sought after for advice. In some ways, he is the conscience of the play, but Jake also struggles to overcome limitations imposed on him by his past.

The Theatre Lab is known for doing musicals with their students that are a little bit out of the norm. Did you know anything about Side Show before auditioning for this production?

When I heard I was auditioning as part of the program, I did a little bit of research, but before that, I didn’t know anything about Side Show. I fell in love with the story because we are all freaks and are looking for love and acceptance.

You are part of The Theatre Lab School of the Dramatic Arts’ Honors Acting Conservatory. The program is a yearlong intensive. What do you enjoy the most about being a part of this program?

The instructors know their stuff, the classes are immediately applicable, and the work is challenging. To top it off, the other students are a wonderful group of people from various backgrounds; interacting with them is a growing experience.

Most performers have a “day gig” to help support themselves between jobs. Can you please tell us what yours is?

I’m a math teacher at KIPP College Prep High School and, as difficult as it is, I still love it.

What would you consider to be two dream roles you would like to tackle in the future? Please pick one from a musical and one from a play.

You are telling someone about your experience at The Theatre Lab. They are not sure if this is the program for them. What would you say to convince them to attend?

If you’re looking for a program that puts into consideration your daily schedule, and yet pulls no punches, this is the one. It’s challenging and you get your money’s worth. Part of the reason why it’s so great is because everyone who gets accepted into the program is expected to be just as committed as you are. It’s a small group of ten people who eventually become a family and form a professional, business-like, yet familial trust. Plus, our mentors are available to answer questions about anything and everything. Even if you just want to blow off some steam ‘cos life sucks, they’re there. You’ll never be left hanging.

Special Thanks to The Theatre Lab School of the Dramatic Arts’Marketing & Events Manager Kara Turner for her assistance in coordinating this interview. 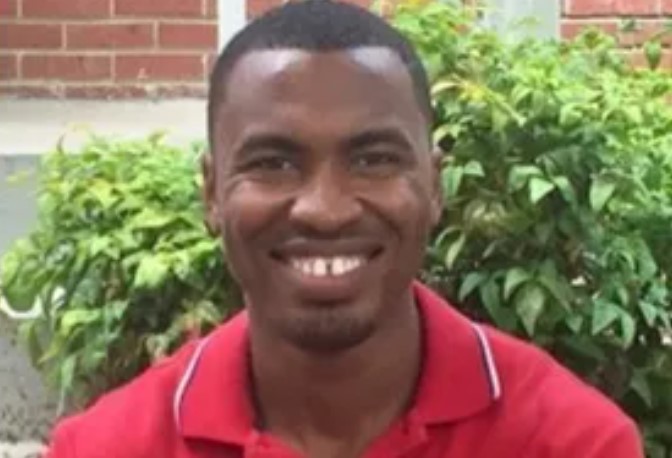