Sharing a story can save a life: Theatre Lab’s impact on D.C.’s forgotten populations - The Theatre Lab Skip to content

Sharing a story can save a life: Theatre Lab’s impact on D.C.’s forgotten populations

WASHINGTON — For years, Pertrina Thomas struggled with drug and alcohol addiction and homelessness. But in 2012, she was saved — by the stage.

“It just brought my life back,” she says.

Thomas, a native Washingtonian, was enrolled in a treatment program at N Street Village when she was approached by someone from The Theatre Lab School of the Dramatic Arts.

“Forty years I buried this. Why did this come out? And now I know that my higher power was ready for me to release that.”

After that moment, Thomas joined in with the other women at N Street and shared details about her past. Months later, she told that same story from the stage at The Kennedy Center to an audience of hundreds of strangers.

When Thomas was 16, she says she experienced a trauma that eventually set her on a path to addiction. Instead of talking about her pain with others, she remained silent.

“I was young and hadn’t experienced life and thought that I was the only one this had happened to and I never told a soul,” she says.

But disclosing that secret with others at N Street Village changed everything. It allowed her to begin healing, and helped the women around her to do the same.

“It was amazing to just come out and say this because it was buried so much inside,” she says. “We just opened up and [helped] each other in so many ways.”

Theatre Lab’s Founder Buzz Mauro says storytelling is a powerful tool that fosters connections and helps build self-esteem and self-confidence. That is why 15 years ago, Theatre Lab started a program called Life Stories, which offers acting, storytelling and dramatic instruction to D.C.’s marginalized populations, including seniors, incarcerated youth and homeless men and women.

“People who don’t typically get much of a voice in our society … they share stories that the rest of the world has not been able to hear,” Mauro says.

Thomas never imagined a few lessons in acting would help her overcome more than 30 years of substance abuse — but it did.

“It built up my self-esteem, my confidence; I was able to release a lot of things that I held inside that held me back a lot in life,” she says.

At the same time, it gave her the opportunity of a lifetime.

When Life Stories was working with Thomas’ group at N Street Village, Theatre Lab was celebrating its 20th anniversary and commemorating the milestone in a big way. The program took its improv project at N Street Village and transformed it into a performance, fit for the stage at The Kennedy Center.

The staff brought in a playwright to record the stories from 15 women, and weeks of rehearsals were scheduled. A film crew even followed along to document the experience.

And while Thomas says the experience was a rewarding one, she does not downplay the hard work involved. The day before opening night, she says she never thought they would be able to pull it off.

“It was horrible. We were all angry when we left the rehearsal later that night,” Thomas says.

But when the curtain went up, it all came together. Audience members were left with tears in their eyes and the women from N Street Village were left with a standing ovation — and the confidence to take the next step in their lives.

“It gave us so much potential to learn so much about who we really were and who we really are,” Thomas says. “I never thought in a million years that something like that would happen to me. And now my life has gotten so much better.”

Now Thomas dedicates her time to helping others open up and share their stories. She volunteers with homeless women and those struggling with addictions, and has even been asked to speak at local jails.

“Something like this, I have to give back,” she says. “I can move on and help the next woman out there who is suffering.”

Mauro says there are no plans to do a second production at The Kennedy Center, but Life Stories continues to work with populations who have limited access to the arts, including wounded warriors.

Thomas is just one of Life Stories’ examples of success. In the past 15 years, the program has reached about 3,000 Washingtonians and has equipped them with the confidence needed to change their lives.

“Having so much fear and just coming in from being addicted to drugs and alcohol, my mind was poison and … I had no idea I could do something like that,” Thomas says.

“They are life to me. I don’t know where I would be if I hadn’t gone through this. I believe that this was meant to happen for so many different reasons.” 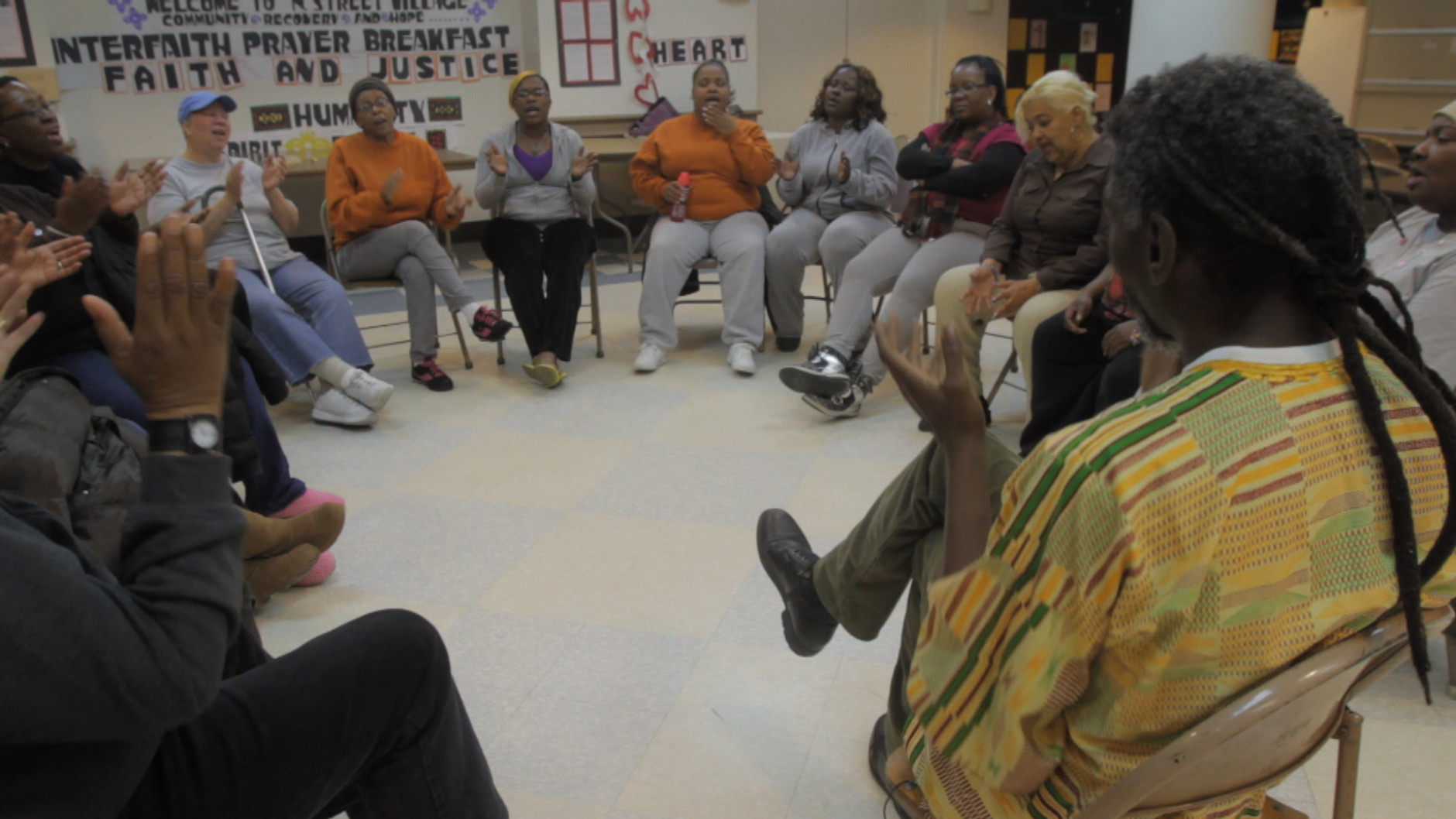