Rob Weinzimer attended Theatre Lab’s Life Stories Institute in 2015, and this summer, he got to put some of the lessons he learned into action on a trip to Ghana.

He taught dramatic arts to a group of 8- and 9-year old children along with other teachers that taught song and dance.

Rob was presented the opportunity by his friend and fellow Theatre Lab supporter Deborah Rose through the Yale Alumni Service Corps. “Deborah encouraged me to teach Life Stories as part of an ‘extended arts program,” Rob said. He worked with a music teacher and a dance teacher in the town of Yamoransa, Ghana, where the project has an ongoing relationship.

In addition to his lesson plan, Rob also had to “wing it a little” after he was assigned to a different group than he was expecting. “I expected to work with 13-14 year old kids. At the last minute, I was switched to 8-9 year old group so had to modify my approach but that was OK,” he said. It helped that he had discussed a plan with Theatre Lab Co-Executive Director Deb Gottesman prior to leaving the U.S. “I was so fortunate to have a chance to meet with Deb beforehand to sketch out a curriculum based on my understanding of the population.”

Because the younger students had not yet learned English in their classroom, there was a language barrier, but Rob was assisted by someone who helped translate a version of the program he’d planned for the older children.

“The kids were thrilled to have the performing arts program … since they don’t get performing arts education in their schools,” Rob said. “After I modeled a simple story, they came up with their own creative stories for the acting segment! It was thrilling that it came from them and their experiences and imagination!”

A local volunteer named Esi, was a big help for Rob. “She had such passion and commitment to serving her community -plus she was in her high school drama club so helped with the activities!” he said. Another woman who helped in the class was a local primary school teacher who plans to incorporate what Rob used with her students. “So,” Rob said, “Life Stories will continue in Yamoransa, Ghana!” 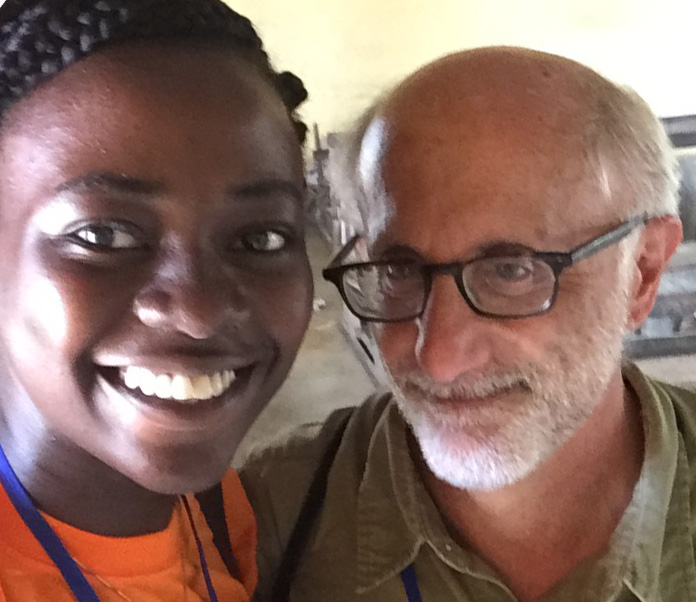